Explore the blue and capture your image

No, you don’t get any touristic information here, there are plenty of other sites to search, but here you get tips where you can take exciting photos. Like interesting locations, such as abandoned places/Urbexing or what time of day is good for a shot, etc.
Just scroll down and you’ll see what the island amongst others has to offer

After a short walk up the hill, from the sign, you will arrive at the house.

The abandoned villa of Mussolini (also known as Villa de Vecchi). It got its name from the Italian commander of the Dodecanese archipelago under Mussolini Count Cesare Mario de Vecchi. The Duce had planned to live in the villa during summer, as his vacation residence. Despite the nice location, Benito Mussolini never managed it to visit the island of Rhodes. Thus, the house went down in history as “Villa Mussolini”, although the Duce never saw him.
Today it’s nice shooting location, early in the morning or from about 6pm.

Just drive to… Salakos. At the T-cross you can park and walk to this fine refugium. The pool is at the left for fresh to fresh up.

If we plan anyway, we will also add a swimming pool… A little – rain – water is already in it.

Just around the corner of the golf course in Affandou.

The best shot Experience of the island

To capture Rhodes town with less people and magnificent light, be there at 6:20 am to explore some locations if not scoutet before. The light is nice and you can create fine morning shadows. For Lindos The west- and south coast are beautifully by the end of the day, you'll have wonderful pastel tones and soft sun sets. From September you will have great light for macro shots, for example in the wine yards.

Savour Your Next Holiday

You want to buy nice holiday feeling for your kitchen?

Manage Cookie Consent
To provide the best experiences, we use technologies like cookies to store and/or access device information. Consenting to these technologies will allow us to process data such as browsing behaviour or unique IDs on this site. Not consenting or withdrawing consent, may adversely affect certain features and functions.
Manage options Manage services Manage vendors Read more about these purposes
View preferences
{title} {title} {title} 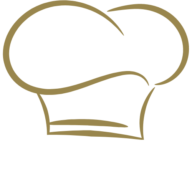